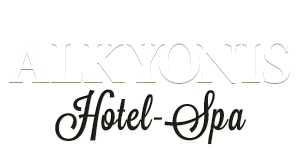 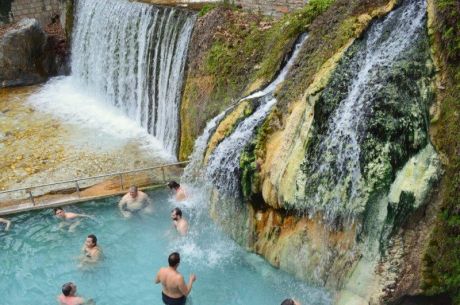 Loutraki: the place of tradition
Here display the cultural heritage of our country, Folkways retracted from the depths of centuries, in an area steeped in history.
Green Monday
One day later, on Clean Monday, organized the Pozarokoulouma Upper Loutraki with traditional sounds of the region and delicacies of Lent offer of the Cultural Association of the village.
Saint George
St. George become the traditional festival at Ano Loutraki with traditional sounds of the region and the dance groups of our village.
3rd week of July
The music of Greece come together to place FESTIVAL Pozar. A festival that became habit with bands and well-known artists to give this a spectacular event.
End of August
In the last week of August, the Cultural Association of Loutraki "THE Pozar" organizes "Pozaritika '' with dance groups from all over Greece and the world. The Cultural Association was founded in 1983 and is active in many cultural and traditional events
Early October
The area is famous for its delicious chestnuts. So, in early October each organizing the celebration chestnut. Offered chestnuts from the local producers, in a great feast in the village square.
End of November
Late fall and early winter to spend "RUNNING" is performed as the Half Marathon of Pozar. We run the majestic mountains of the area and then make a dip in the warm thermal waters of the Baths.
23 ± December 30
Two days before Christmas and two days before the New Year reviving local customs and the mood lights. Along lights and "Koleni" and "Sourva" antistoicha.Gyro by the fire enjoying the local music and dances and plenty of wine, raki as well as hot dishes .All these offer us the cultural association of the village.